The future looks good for plumbing contractors in 2016 and beyond, according to industry experts and analysts.

In addition to a continued increase in new residential construction that exceeds the supply, this strong forecast also includes increasing sales of existing homes, including a growing number of purchases by “move-up” buyers.

One of the key trends in the years ahead is the arrival of the Millennial generation. These young adults—now in their 20s and 30s—will soon begin to buy homes, launch businesses and otherwise play an increasingly larger role in the U.S. economy.

Regionally, new residential construction has experienced its greatest increases in the West and South. As for the specific number projections, the National Association of Home Builders (NAHB) predicts 642,000 new single-family sales and 4,664,000 existing-single family sales in 2016. As such, builders are also increasing their inventory.

Sustained job growth throughout the U.S. and improving credit conditions are two key factors that will continue to drive commercial construction, according to the National Association of Realtors (NAR).

Regionally, several states in the West and South are outpacing the rest of the country in job growth in the past year. While an increase in new construction in these states could lead to a slight uptick in vacancy rates, the NAR forecasts that nationally they will decrease 0.8 percent to 14.8 percent in the coming year. The vacancy rate for industrial space is also expected to decline 1.4 percent to 9.7 percent, while retail availability is expected to decrease 1.3 percent to 11.3 percent.

Available financing is one issue that could affect homeowners and business alike, as the Federal Reserve’s decision to raise rates in December for the first time in a decade will impact mortgage loans and construction lending. The NAHB projects that a typical fixed-rate 30-year residential mortgage will rise from 3.88 percent in 2015 to 4.55 percent in 2016.

The remodeling market may also soften, according to the NAR, as slower growth is expected in 2016 compared to 2015. A recent NAR report revealed the following: 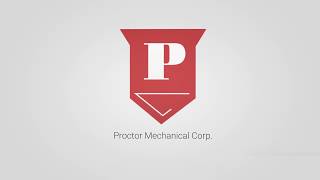 4 Reasons to Invest in Geothermal

3 Reasons to Get an Annual HVAC Checkup